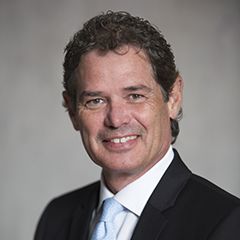 Vice-Chair
Charlie was appointed to the Board by the Association Council in 2015 and chairs the Board’s Finance and Audit Committee. He was a member of the Advancement Committee, Trustee on the UCC Foundation Board from 2005-2014 and a member of UCC’s Foundation’s Audit and Finance Committee from 2006-2014, serving as Chair from 2010-2014.
Charlie is President and Chief Executive Officer of Cumberland Partners Limited and Cumberland Private Wealth Management Inc. Prior to this, he served as Chairman, President and CEO of Mackenzie Financial Corporation and Co-President and CEO of IGM Financial, Inc.
He has been a director of various private companies since 1992 and served on the Board of IGM Financial, Inc. from 2005-2013. In 2009, Charlie joined the Board of Directors of Holland Bloorview Kids Rehabilitation Hospital Foundation, where he is currently Chair of their investment Committee. He is also Chairman of the V-42 Foundation.
Back