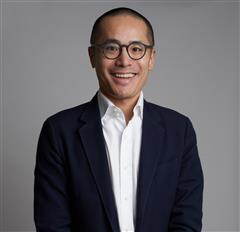 Anthony began his career at Bain & Company and has held former positions at Merrill Lynch, Credit Suisse and the Government of Singapore Investment Corporation. He is currently Chief Executive Officer of Portico International Holdings Limited.

Anthony is a past Chapter Chair of the Beijing Chapter of the Young Presidents Organization and sits on UCC’s Asia Advisory Council. In his free time, Anthony enjoys tennis, cooking, chess and playing with his two young sons.
Back